To Make a man a ghost 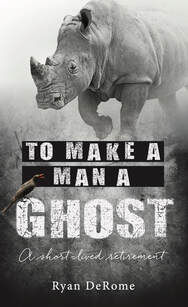 After working for decades as a hitman, Ezra has concluded his final job and looking forward to retirement. While acknowledging his karmic debt and a darker vocation, the focus of the new and closing chapters in his life are to mend the relationship with his daughter and embark on a personal pilgrimage to South Africa. His goal is to see a rhinoceros in the wild.An unexpected tragedy leads Ezra down a dark path and fuels the need for revenge. And he soon finds himself wounded and in need of help in a strange country. Reluctantly he turns to an untested confidante knowing he’s betraying his own advice to them while looking for vengeance.
To Make a Man a Ghost - Amazon 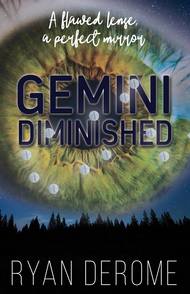 Being an identical twin, Madison Weller has always thought of herself as inferior to her sister Michelle. Recovering from a recent suicide attempt and making progress through therapy, she is still unable to make peace with her own life, and the thought of being ‘defective’.

While attending her 10-year High School reunion, showing a lapse in judgement, and then a severe car accident, Madison suddenly finds herself assuming the role of her sister. The life she thought to be all together is anything but that. Facing many challenges of character, she must navigate a new existence of men with selfish intentions, a court case her sister worked        on, and repairing the damage done to an office intern.
Gemini Diminished - Barnes & Noble
Gemini Diminished - Amazon 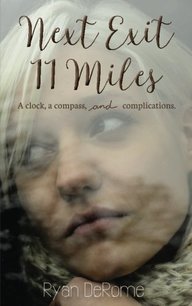 ​John and Lindsey find themselves as friends that have entered into an adult arrangement. Even though faced with issues both known and hidden, these former coworkers have clearly bonded with a deep connection. The problems of youth and debt hound Lindsey, and John is haunted by fleeting time and loneliness. Circumstance has placed both in a car heading towards Boston with their relationship disintegrating as secrets are revealed city after city.
Next Exit 11 Miles - Apple ibook only
Next Exit 11 Miles - Barnes & Noble
Next Exit 11 Miles - AMAZON 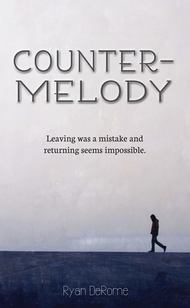 ​Alex has spent the past several years of his life making very poor decisions and barely getting by. From his various job changes and selections of friends and to his relationship break-up very little has gone right. After pushing a substance abuse problem too far he is forced to deal with his problems in a different environment, and with consequences much more dire than he expected.
COUNTER-MELODY - APPLE IBOOK ONLY
COUNTER-MELODY - BARNES & NOBLE
COUNTER-MELODY - AMAZON

'Airplane Lady' is  currently unavailable but a revamp is coming soon.
​
Showing up at the train station in Indianapolis in 1955 Christine is trying to abandon her old life and start anew. Coming from a semi affluent family with many social trappings, the life that others would consider a blessing was really hiding many abuses. Her two closely guarded pieces of luggage and a hope for a better life are all she has as her instincts become the guide on who to trust and what not to say. Attempting to settle down and blend in becomes a greater challenge as the mystery around her grows with constant inquiries from her coworker. While fending off the constant questions she finds herself strangely trustful of two older gentlemen she befriends. All the while her deeper past from living in Seattle during 1942 is a constant reminder of how freedom can feel and how it can be taken.

As of today 'debt' is back!

Ann Harris, an ace debt collector, thought she had it all figured out - money in the bank, a promising career at a law firm, and an unwavering view of what it meant to be a success.

Her values are challenged when suddenly she is outperformed by the demons inside her and coerces Thomas Moore, a man at the end of his rope, to become a victim of her anger and conviction against people like her father who were the irresponsible deadbeats of the world.

When her law firm forces her into a paid leave of absence, Ann is faced with life-threatening depression which begs her to find her soul again, and slowly, the coldness inside Ann melts when she begins to learn the truth about David, her dying father, and the effect of her damaging ideals upon those who loved her most - such as her younger sister Kate and her devoted ex-boyfriend Paul.

Debt is a journey into the heart to explore pride, self-reliance, and our own values which give us the illusion of what it means to survive in a world where one man's misfortune often becomes another man's profit.
debt - amazon